Why Moon Landing Is Still Hard 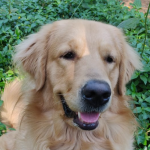 Picture: In one of the most famous photographs of the 20th Century, Apollo 11 astronaut Buzz Aldrin walks on the surface of the moon Apollo 11 Commander Neil Armstrong took this photograph. Image credit: NASA

Eugene Andrew Cernan, an American aeronautical engineer, was the last person to walk on the Moon. He achieved this feat during the Apollo 17 lunar mission on 7 December 1972. In 2024, NASA plans to do another manned lunar landing through a mission codenamed Project Artemis (Artemis, a moon goddess, is the twin sister of Apollo, the god of healing in Greek mythology).

Why has it taken the world’s most well-funded and resourced space agency, NASA, more than a half-century to re-do the feat? Why has no other nation yet revealed any such plans thus far, other than America?

This, even though most of the world’s big economies, including the U.S., China, India, and Russia, and several European nations have full space launch capabilities today. Even though many of them – U.S.’s NASA; China’s CNSA; Russia’s RFSA, and our very own, ISRO, have extra-terrestrial landing capabilities, and have landed ships and rovers on either the Moon or Mars or both. Even though an iPhone today has more computing power than all that NASA had during the time it landed Neil Armstrong and Buzz Aldrin on the Moon?

The TLDR answer to these very perplexing questions – that a lot of us are asking especially after Blue Origin’s Jeff Bezos and Virgin Galactic’s Richard Branson flew to the edge of the space – is threefold.

One, manned interplanetary flights are different from unmanned flights in that the former has to be unquestionably safe – a guarantee that no space agency can provide because of a number of factors, for which look at points number two and three.

Two, navigating a ship in space is, as you would assume, very different from regular flying. This is chiefly because there is no GPS-like system in space. There, the spacecraft depend on NASA’s Deep Sense Network, a triad of hugely powerful and sensitive antennae located at three places on earth – Nigeria, Singapore, and California, US. What this means is that while a spacecraft’s position can be triangulated, there are large gaps of information that exist about the navigational path to the Moon’s and Mar’s orbits – a not very safe proposition for humans piloting their way to another planet. A lot of spacecraft have lost communication with earth because of this reason – our very own Chandrayan-2 mission 2019, which carried the Vikram lander, lost contact with ISRO due to this technological issue.

And the third one is the landing. The respective atmospheres at the Moon and Mars have different degrees of density; their surfaces are treacherous and, of course, dark. This tends to damage a lot of unmanned spacecraft – more than a third of attempts to land on the Moon, for example, have been failures.

Then how was NASA able to put a total of twelve people on the Moon and that too, far back in the sixties and the seventies? Again, the TLDR answer is: National pride. The U.S. was engaged in a cold war with the now non-existent U.S.S.R. and you know what they say about war and pride.

Today, the world does worry about human safety a lot, the cold war has ended, and therefore the space agencies are taking their time and resources to put the right technologies in place to ensure that manned missions to Moon and Mars are safe. With that said, there is still a big element of national pride when it comes to space missions.

The aforesaid factors are the reason that aerospace, which includes space technology, is a big priority for our industry and the government. ISRO and the Department of Space (DoS) are case studies in how projects can be done in an excellent manner deploying world-class resources and talent.

Here’s hoping that we, as an industry, use our strengths to be able to land people on the other planets, boldly and safely.